A Flirtation With Death 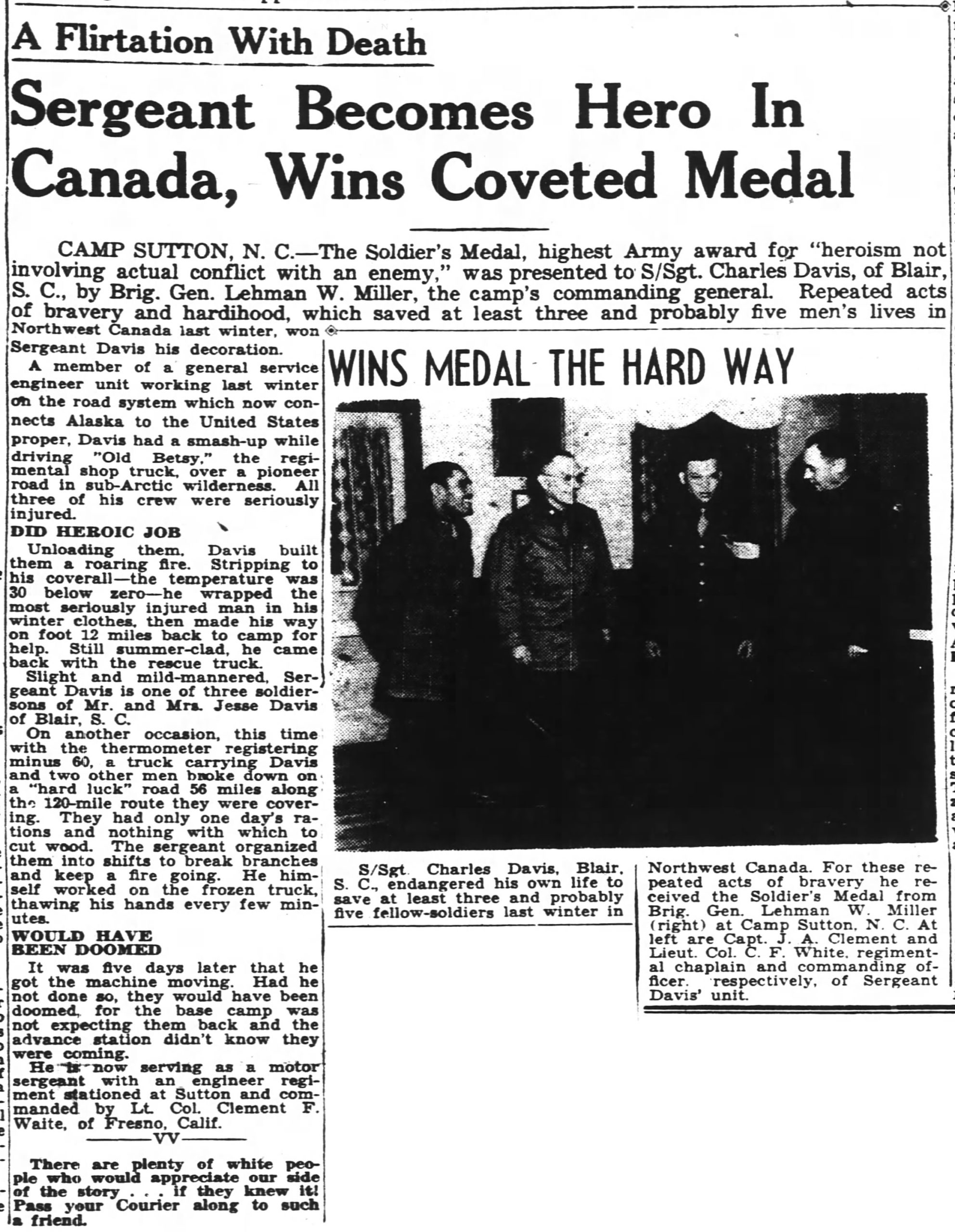 Staff Sergeant Charles Davis of South Carolina was one of thousands of African American soldiers building the Alaska Highway in 1942-43. When his crew’s truck crashed in temperatures below -30°C, he put his winter clothes on his injured companion, then walked 19 km to get help. He later received the Soldier’s Medal: the highest US Army award for heroism outside of combat.

Notice the tiny —VV— at the bottom of the Pittsburgh Courier article? That was a reference to the paper’s “Double V” campaign.

During the Second World War, the letter V was a symbol of victory in Allied countries. In 1942, James G. Thompson wrote to the editor of the Pittsburgh Courier, the biggest African American newspaper in the United States. He pointed out that he was being asked to risk his life for a country that treated him and other Black people as “half American.” He called for a “Double V” campaign: victory over fascism abroad, and victory over racism in the United States.

The Double V campaign achieved one of its main goals in 1948 when the US Armed Forces were desegregated. The courage and hard work demonstrated by Black soldiers in the Yukon and elsewhere contributed to this long overdue victory.

After the war, the Pittsburgh Courier replaced their Double V logo with a Single V. Fascism had been defeated; the fight against racism continued.

Information for this post was taken from article by historian Henry Louis Gates Jr. about the Pittsburgh Courier and its Double V campaign, What Was Black America’s Double War?

And from this oral history of Black soldier Ray Elliott, where he talks about how “the Double V sign gave us courage and hope and patience”